RSS link to this blog

She prepared her “data center blanket”: usually an upgrade night meant spending several hours in the near freezing temperatures that IT managers chose for their beloved servers.

She stashed it into her laptop bag, along with a cereal bar and her notes. 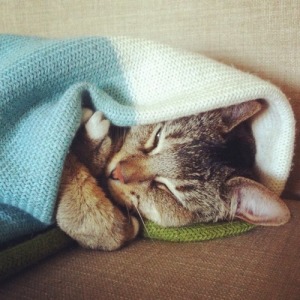 This was basically all she needed for the night: while her friends were texting from pubs and clubs, she entered the freezing vault hearing the comforting buzz of the dozens of servers all neatly displayed on racks, and happily prepared the necessary stuff (blanket on the shoulders, kind of like an elderly weird protuberance from the KVM thing driving the whole rack).

Upgrading a large telephony environment was typically a job for at least 2 people and she was always with someone from the PBX department. She didn’t mind: there was plenty of time for the upgrade, and for some spare moments of small talk and the occasional horrible coffee at the vending machine.

This time there was a weird vibe, though. She could feel it in the plastic air of the data center, that the digital creatures were not going to behave, not tonight.

And in fact, right in the middle of the process, the much dreaded -failed upgrade- message. This time, without the revert option. So basically she was stuck: no going back, as some files were overwritten by the upgrade files, and no moving forward, as the upgrade failed. Bummer! This is going to last all night, she thought.

She frantically searched through her notes for some workaround or anything that could fix the upgrade process, while muttering that it was something she felt right at the beginning, some error she made when launching the upgrade..

After a while the PBX guy showed up in her corner (in a t-shirt, with a 19°C temperature!) all smiles and laughs saying with a relaxed tone that he brought the whole thing down just to make sure the upgrade was smooth on her side. WTF!!!

At least now she knew what went wrong. And as soon as the pbx came up again, the upgrade happily resumed and went on smoothly, until the success message put a large smile on her face. Thank goodness this was done, all cool (literally), at least until the next upgrade…